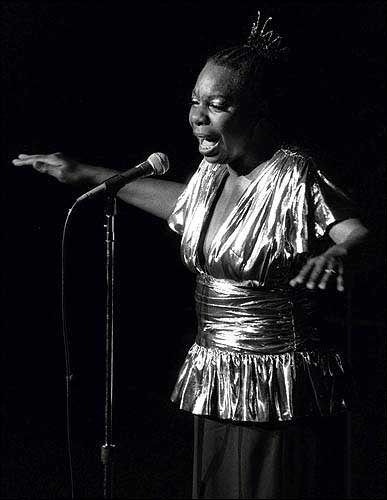 Nina Simone, shown performing at Avery Fisher Hall in New York in
this June 27, 1985, file photo, died Monday at her home in France.
The jazz great, whose voice helped define the civil rights
movement, was 70.

Nina Simone, whose deep, raspy, forceful voice made her a unique figure in jazz and later helped chronicle the civil rights movement, died Monday at her home in France, according to her personal manager. She was 70.