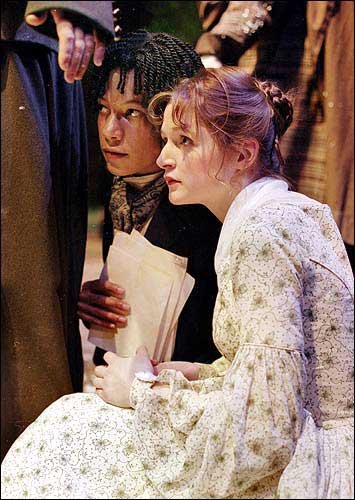 Nina Sosanya as Rosalind, left, and Naomi Frederick as Celia are
seen in the British Royal Shakespeare Company presentation of
William Shakespeare's "As You Like It," which is playing at the
Kennedy Center in Washington. On Wednesday, Shakespeare's 439th
birthday, the National Endowment for the Arts announced a 50-state
tour of four of the bard's best-known plays.

Shakespeare's 439th birthday was celebrated Wednesday with the news that American theater companies will take four of his best-known plays on a tour of all 50 states.