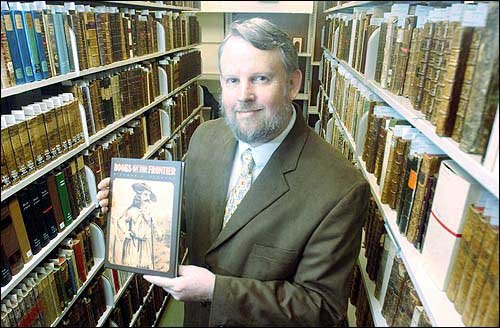 Richard W. Clement, a special collections librarian at Spencer
Research Library, displays his latest publication, "Books on the
Frontier." The volume, published by the Library of Congress,
chronicles the spread of printing and presses across the expanding
American frontier.

Richard W. Clement was researching books and publishing on the American frontier, but one particular character kept capturing his imagination.