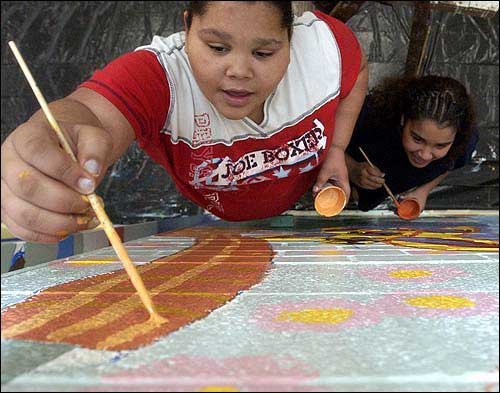 kennedy school sixth-graders Nicole Ingram, left, and Farrah
Washington add paint to the school's new respect mural. Both Ingram
and Washington stayed after school Tuesday to add their personal
touches to the mural, which was finished Thursday.

Find out what it means to these Lawrence students

A group of students at Kennedy School could probably teach Aretha Franklin a thing or two about respect.