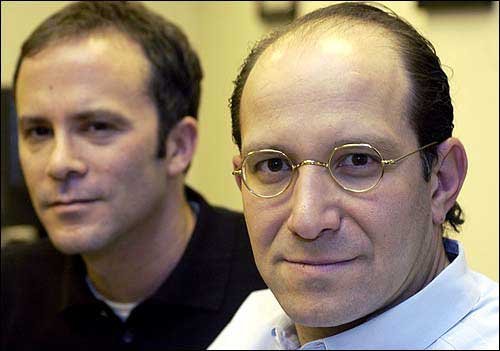 Cantor Fitzgerald Chairman Howard Lutnick, right, worked with his
friend, novelist and journalist Tom Barbash, left, to write "On Top
of the World." The book is based on Lutnick's experience of losing
658 of his employees in the World Trade Center attacks.

Howard Lutnick survived the Sept. 11 attack on the World Trade Center because he was taking his son to kindergarten. But he lost his brother, his best friend and 658 employees.