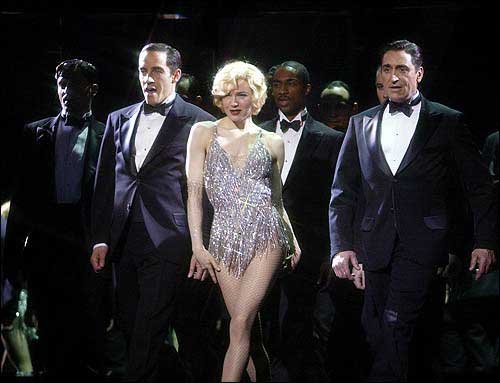 Actress Renee Zellweger, center, is nominated for an Academy Award
for best actress for her role in "Chicago." The musical, adapted
from the stage hit about two murderous women competing for tabloid
celebrity, led Oscar contenders Tuesday with 13 nominations, among
them best picture and four acting honors.

Musical up for a leading 13 Academy Awards

"Chicago" is striking all the right notes in its quest to become the first musical in 34 years to win the best-picture Academy Award: solid box office, a strong showing in earlier film honors and a leading 13 Oscar nominations.