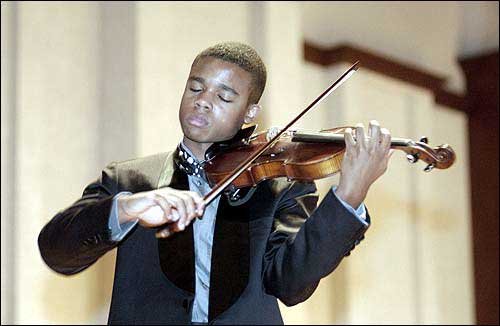 Gareth Johnson, shown in this undated photo, has played with the
Boston Pops and the Baltimore and Atlanta symphonies. The Sphinx
Competition gives minority musicians an opportunity to play with
major orchestras. During the first Sphinx Competition, there was
only one orchestral partner: the National Symphony. Now, there are
28.

Aaron Dworkin loves classical music. He began playing violin at age 5 and hasn't stopped. But while majoring in violin performance at the University of Michigan, he had a revelation.