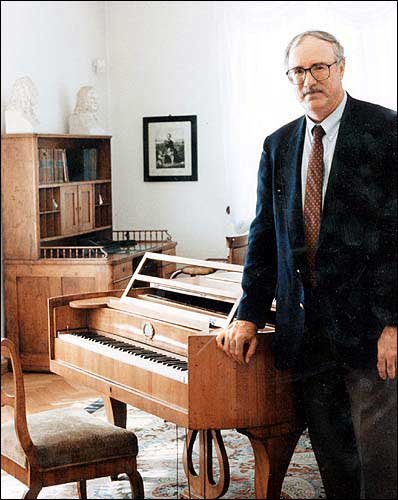 John Tibbetts, Kansas University associate professor of theatre and
film, stands next to the piano at 19th-century composer Robert
Schumann's boyhood home in Zwickau, Germany, in this 1994
photograph. Tibbetts, who has been fascinated with Schumann since
his youth, has created a 13-part series about the composer's life
that will air on Kansas Public Radio beginning March 3.

Even in his youth, Tibbetts heard something magnetic in the music of 19th-century German composer and pianist Robert Schumann. On his 16th birthday, Tibbetts' parents gave him a biography of Schumann for which he'd been lobbying for months.