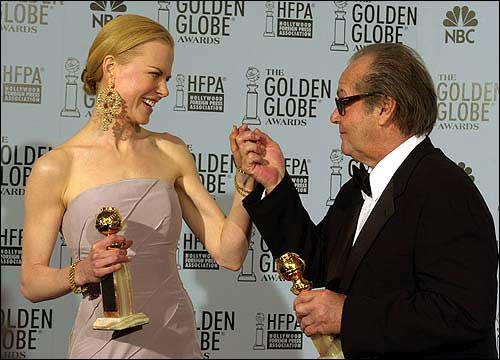 Nicole Kidman, left, and Jack Nicholson hold their best actress and
actor awards for motion picture dramas for "The Hours" and "About
Schmidt," respectively, at the 60th annual Golden Globe Awards.

The sultry jazz musical "Chicago" won the Golden Globe for best musical-comedy Sunday while "The Hours" was honored as best film drama.