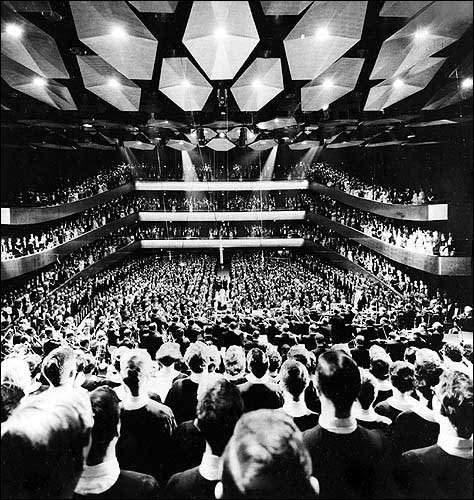 The New York Philharmonic performs in September 1962 before an
opening-night audience at New York's Lincoln Center. The orchestra
announced Monday it would return to Carnegie Hall where it had
previously resided for 71 years, citing Carnegie's celebrated
acoustics as a key reason for its decision.

The New York Philharmonic, which made its home at Lincoln Center for more than four decades, announced Monday it will return to Carnegie Hall. The 106-member orchestra cited Carnegie's celebrated acoustics as a key reason for its decision.