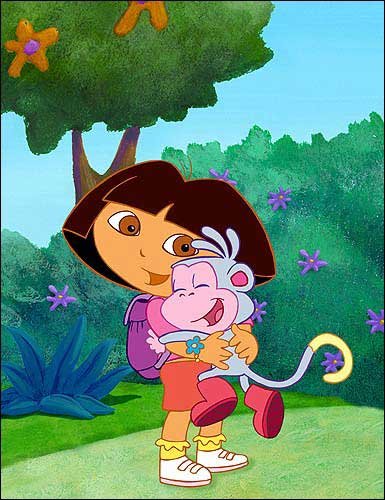 Dora, left, gets a hug from Boots in this frame from Nickelodeon's
animated cartoon "Dora the Explorer." The show featuring the
7-year-old bilingual adventurer airs at 9 a.m. and 10 a.m. daily on
Nickelodeon, Sunflower Broadband Channel 37.

In a little more than two years, Nickelodeon's "Dora the Explorer" has vaulted past "Blues Clues" to become the most popular show on cable or commercial broadcast television among preschoolers. And with a national tour under way, it could get bigger still.