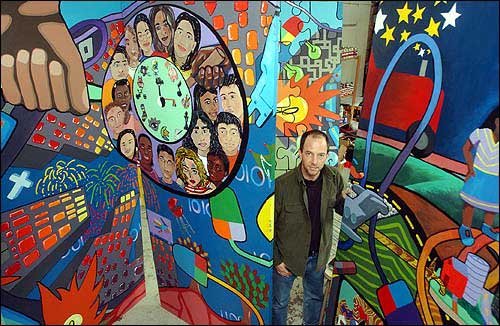 Lawrence artist Dave Loewenstein stands in his East Ninth Street
studio among mural panels created by high school students in
Holcomb, Mo., and New York City. A documentary about the project,
which Loewenstein coordinated, will have its Lawrence premiere at 7
p.m. Wednesday at Liberty Hall, 642 Mass.