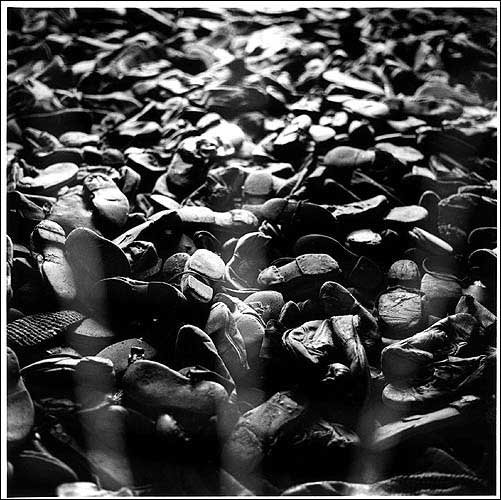 "Victim's Shoes" by photographer Michael Kenna is part of his
exhibit, "Impossible to Forget: The Nazi Camps Fifty Years After,"
running through March 23 at Houston's Holocaust Museum. The images,
from 30 Nazi concentration camps, were taken over a dozen years
beginning in the early 1980s.

Photographs of 30 Nazi concentration camps taken over a dozen years are on display for the first time in the United States at Houston's Holocaust Museum, where photographer Michael Kenna hopes his images will be "impossible to forget."