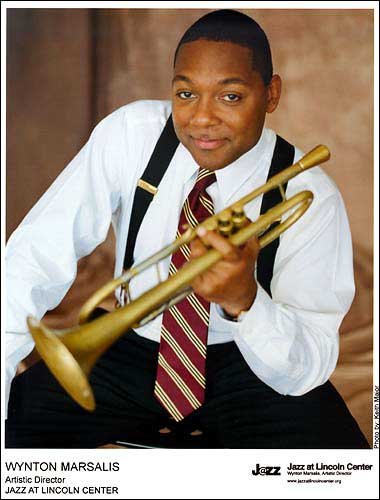 Wynton Marsalis makes a return to Lawrence with his jazz septet,
which will give him a break from his recent collaborations that
have involved large-scale orchestral and choral performances.

It's one thing for a musician to win a Grammy, but Wynton Marsalis has collected a Pulitzer. The respected jazz icon earned the Pulitzer Prize for Music five years ago for his 3-hour, 27-part suite "Blood on the Fields," an episodic tale of two Africans brought to America and sold as slaves. The past few years have seen the trumpeter actively trying to eclipse his own towering ambitions.