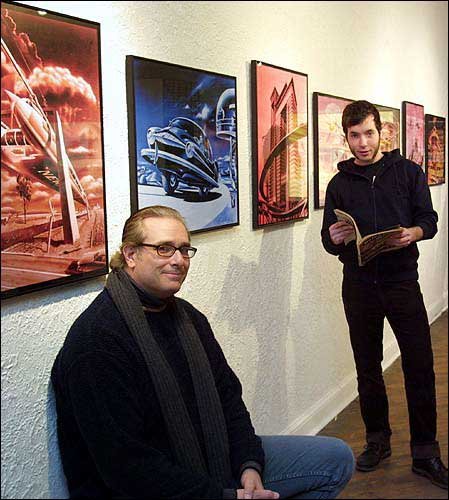 Todd Kimmell, left, director the Lost Highways Archive &amp;
Research Library, and curator Jared Rosenbaum pose in the
Philadelphia gallery with some works by the futuristic illustrator
A.C. Radebaugh. The exhibit "Radebaugh: The Future We Were
Promised" will run at the gallery until August.

The post-World War II optimism that pervaded the nation extended to the not-too-distant future, with its promise of spaceship-traveled skyways whirring in a utopia of streamlined cityscapes.