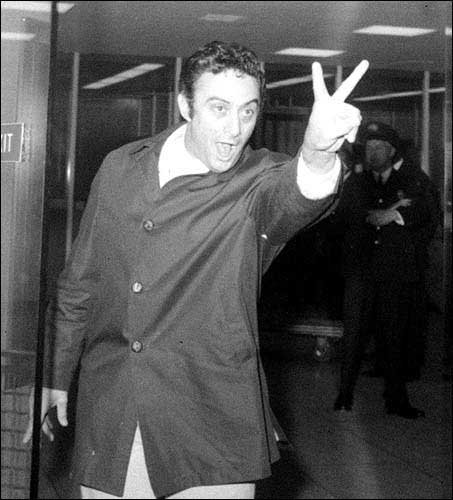 Comedian Lenny Bruce flashes a peace sign as he leaves the U.S.
customs office after returning to New York's Idlewild Airport in
this April 8, 1963, file photo. Supporters of the foul-mouthed
Bruce, who was convicted of obscenity charges in 1964 in New York,
launched a campaign Tuesday to have the comic pardoned.