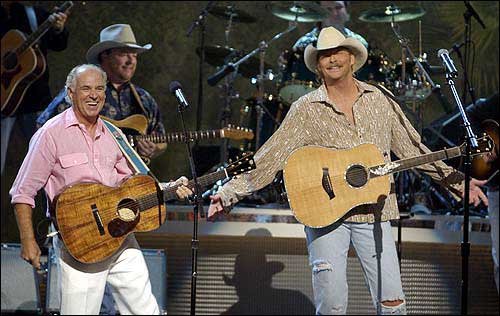 Jimmy Buffett, left, and Alan Jackson perform their duet "It's Five
O'Clock Somewhere" during the 37th annual Country Music Assn.
Awards show in Nashville, Tenn. Buffett and Jackson won the award
for vocal event of the year for the song. Jackson and the late
Johnny Cash received the most awards, three apiece.

Johnny Cash won the Country Music Assn.'s album of the year, single of the year and video of the year awards Wednesday -- capturing his first CMA awards since 1969 and tying Alan Jackson for most wins during the night.