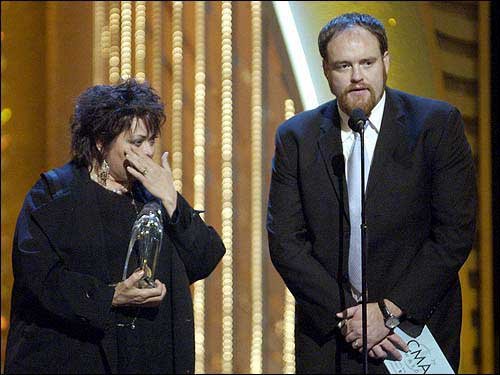 Johnny Cash won the Country Music Assn.'s album of the year, single of the year and video of the year awards Wednesday -- capturing his first CMA awards since 1969 and tying Alan Jackson for most wins during the night.