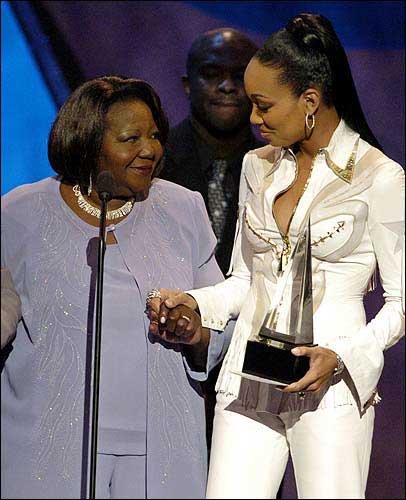 The award for Favorite Male Artist-Hip-Hop/Rhythm &amp; Blues Music
was presented to Mary Vandross, left, by singer Monica during the
31st annual American Music Awards in Los Angeles. Luther Vandross,
who was unable to attend Sunday's ceremonies to pick up the award,
is recovering from a debilitating stroke.

Soul singer Luther Vandross, who is recovering from a debilitating stroke that threatened to end both his career and his life, won a leading two American Music Awards on Sunday.