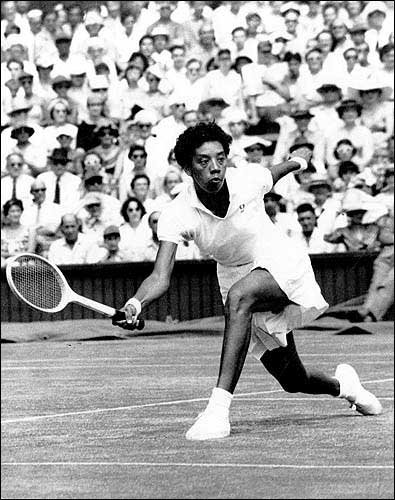 Althea Gibson makes a return to Darlene Hard during their title
match at Wimbledon, which Gibson won 6-3, 6-2, on July 6, 1957.
Gibson, a champion tennis player in the 1950s who was the first
black player to win Wimbledon and U.S. national titles, died
Sunday. She was 76.