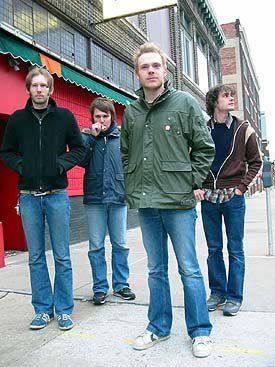 KC's The People -- (L to R) Ryan Shank, Kenn Jankowski, Ben Grimes
and Harry Anderson -- stand outside the Brick, one of their
favorite places to play.