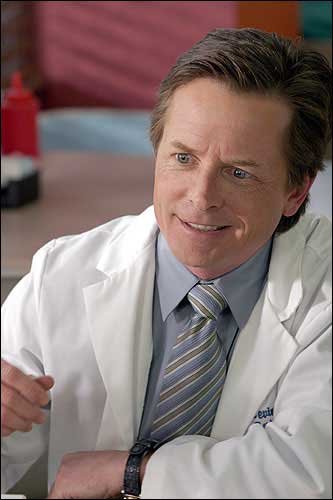 Michael J. Fox portrays Dr. Kevin Casey on the NBC comedy series
"Scrubs." The actor, who left "Spin City" in 2000 after he was
diagnosed with Parkinson's disease, guest stars as an inspiring
physician in two episodes of the sitcom, beginning 8:20 p.m. today.

Fox scrubs up for TV return