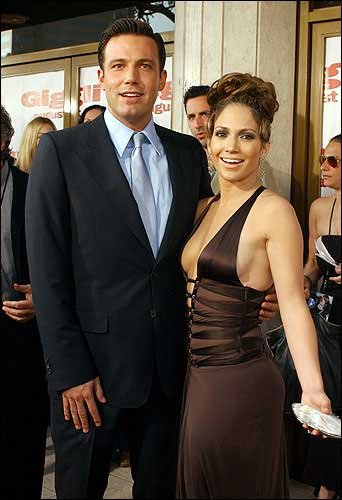 Ben Affleck and Jennifer Lopez pose for photographers as they
arrive at the premiere of their film "Gigli," in the Westwood
section of Los Angeles. "Gigli," which won the scorn of critics
nationwide, was honored Saturday as the worst movie of 2003 at the
Golden Raspberry Awards in Los Angeles.

The honeymoon's over for Ben Affleck and Jennifer Lopez, but their mob-comedy flop "Gigli" really cleaned up Saturday at the Razzies, the first movie to take all six top trophies in the annual dishonorable-mention awards.