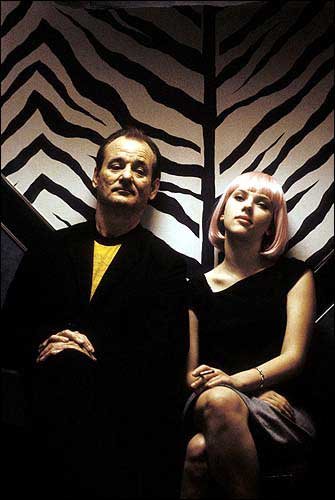 Bill Murray and Scarlett Johannson star as unlikely companions in
the comedy-drama "Lost in Translation." The picture marks the
emergence of Sofia Coppola, daughter of Francis Ford Coppola ("The
Godfather"), as a major director.

For most people, December represents the holiday season. For me, it means I've got a month left to scramble in order to see every movie released during the year in order to determine if they make the best or worst list. So what do I look for in a movie?