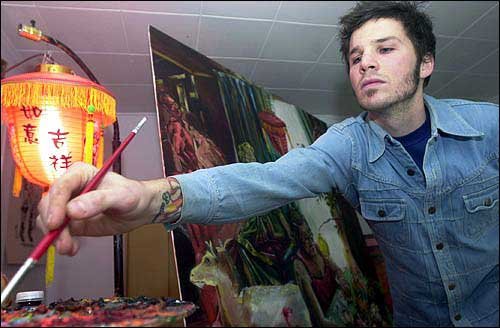 Artist Aaron Marable, Lawrence, applies paint to his brush while
working on an oil painting. Marable is showing his work this week
at Fields Gallery, 712 Mass., during the first of four 2004
Downtown Friday Gallery Walks

Lawrence painter Aaron Marable owns a television, but he only uses it to watch movies. Too many flashy images, pushy advertisements and talking heads have numbed people's ability to think for themselves, he says.