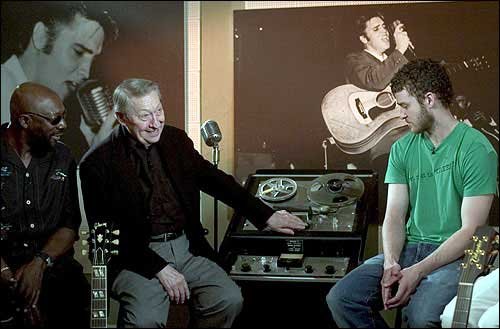 Isaac Hayes, left, and and Justin Timberlake, right, watch as
Scotty Moore pushes the switch to play Elvis Presley's "That's All
Right," for the Global Moment in Time from Sun Studio in Memphis,
Tenn. Monday was the 50th anniversary of the recording of Presley's
album "That's All Right." Moore, Presley's first guitarist, played
guitar on the album.