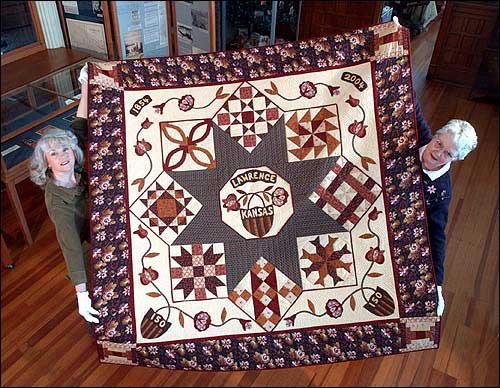 Mary Boucher, of Lawrence, left, and Joyce Colton, of Lecompton,
created the Sesquicentennial Sampler quilt with patterns
contributed by Lawrence quilt historian Barbara Brackman. The
quilt, commissioned by the Watkins Community Museum of History,
will be unveiled Saturday at the museum, 1047 Mass.