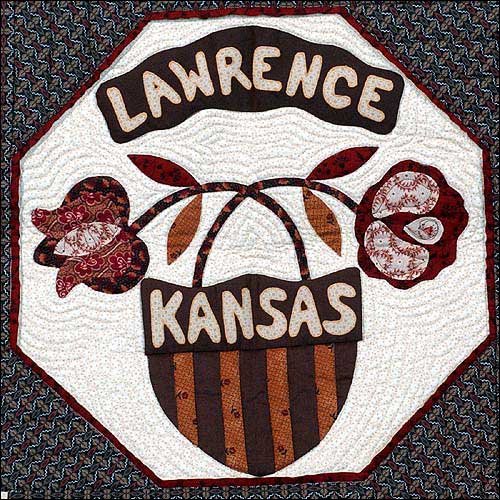 The quilt's central block is called Northern Lily &amp; Southern
Rose. It was included in honor of Lucy Larcom, a New Englander who
won a poetry contest to encourage people who believed in freedom to
move to Kansas.