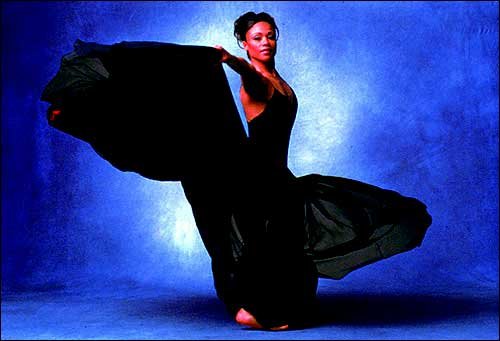 Linda Celeste Sims of Alvin Ailey American Dance Theater was among the dancers who thrilled a nearly sold-out Lied Center audience Tuesday evening. The New York-based company will perform today through Sunday at the Music Hall in Kansas City, Mo., to celebrate the 20th anniversary of Kansas City Friends of Alvin Ailey.

The legendary Alvin Ailey American Dance Theater gave the Lied Center audience all they could have asked for Tuesday evening in a program opening with two new works created in 2003 and concluding with Ailey's own "Revelations."