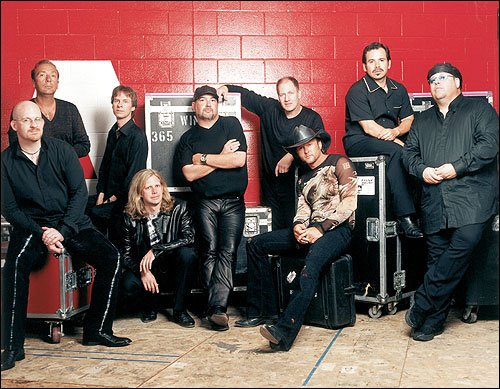 Lawrence-area musician Darran Smith, fifth from left, co-produced "Live Like You Were Dying," recently named the Country Music Association Award for Single of the Year. Smith is shown above with the Dancehall Doctors, including country megastar Tim McGraw, third from right.

After Darran Smith left the Lawrence area in 1983, he played steady gigs in Nashville and worked days as a warehouse manager and delivery courier. Then, in 1989, an up-and-coming singer named Tim asked him to go to Delaware for a two-week job at Sheryl's Sky Lounge in New Castle.