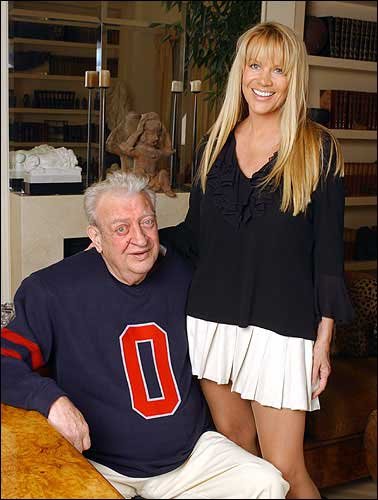 Comedian Rodney Dangerfield poses with his wife, Joan, at their home in Los Angeles in this July 28 photo. Dangerfield, who slipped into a coma after heart surgery in late August, died Tuesday in Los Angeles. He was 82.

Rodney Dangerfield, the bug-eyed comic whose self-deprecating one-liners brought him stardom in clubs, television and movies and made his lament "I don't get no respect" a catchphrase, died Tuesday. He was 82.