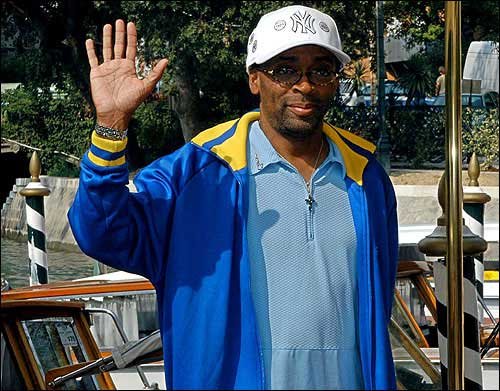 U.S. movie director Spike Lee waves to fans a day before the
opening of the 61st Venice International Film Festival, in Venice,
northern Italy. Lee has an out-of-competition movie, "She Hate Me,"
at the festival and is also part of the nine-person jury. The
11-day show begins today.

The Venice Film Festival is grappling with its perennial tag as the No. 2 movie extravaganza in Europe -- still a little brother to Cannes in terms of stars, marketing and buzz, even though it's older.