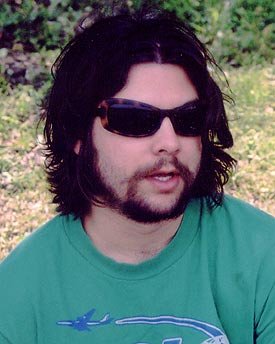 Seth Cole of Lawrence's Filthy Jim recalls his days as a cabbie:
"She told me that she didn't have any fare money, but we could
work something out because it was a long drive across town ... I
always hoped to find a hot sorority girl to do that, but that never
happened."