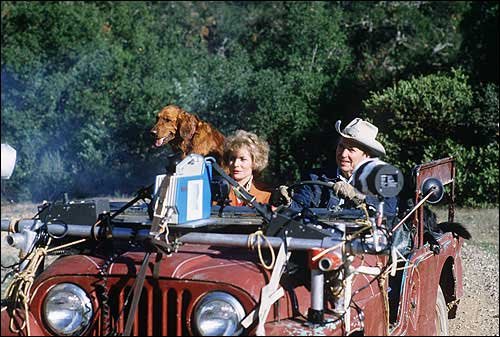 Barbara Walters rides with President Reagan in a jeep rigged with
television equipment on Reagan's Santa Barbara, Calif., ranch
during a November 1981 interview. As she steps down as co-anchor of
ABC's "20/20" after 25 years, Walters takes a look back over her
career in a special two-hour "20/20," airing at 8 p.m. Friday.