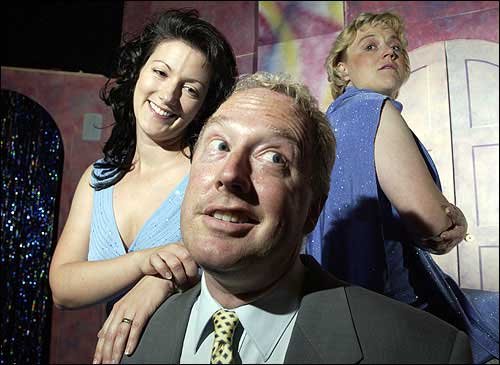 From left, Jennifer Wesco, of Perry, Rick Bixler, of Topeka, and
Sarah Young, of Lawrence, are featured in the upcoming musical
comedy "I Love You, You're Perfect, Now Change." The show opens
Friday and runs for three weekends at Lawrence Community Theatre,
1501 N.H.

Jennifer Wesco isn't tip-toeing back into acting after an eight-year break. Instead of preparing for one role in an upcoming Lawrence Community Theatre production, she's working on 16.