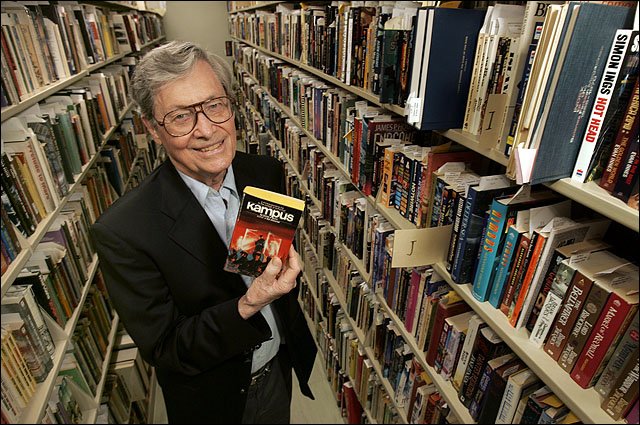 James Gunn, director of the Center for the Study of Science Fiction at Kansas University, holds one his own books as he stands among a small portion of the center's holdings on the Lawrence campus.

KU program blasting off to save sci-fi

Since the 1950s, James Gunn has lived in the future. Beginning in science fiction's "Golden Age," Gunn has written or edited almost 40 novels, short story collections and histories of the genre and is considered one of its "grand masters," a title he shares with such pioneers as Isaac Asimov, Robert Heinlein and Theodore Sturgeon.