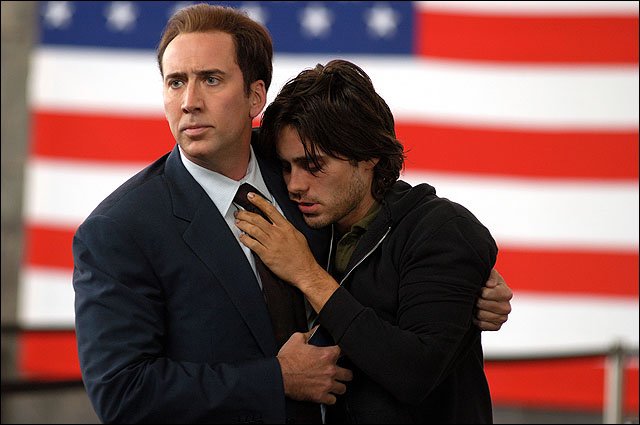 Nicolas Cage, left, portrays a charming international gunrunner who, together with his drug-addicted brother (Jared Leto), always manages to stay one step ahead of Interpol agents in "Lord of War."

"There are over 550 million firearms in worldwide circulation," Nicolas Cage's character explains in the film's opening narration. "That's one firearm for every 12 people on the planet. The only question is: How do we arm the other 11?"