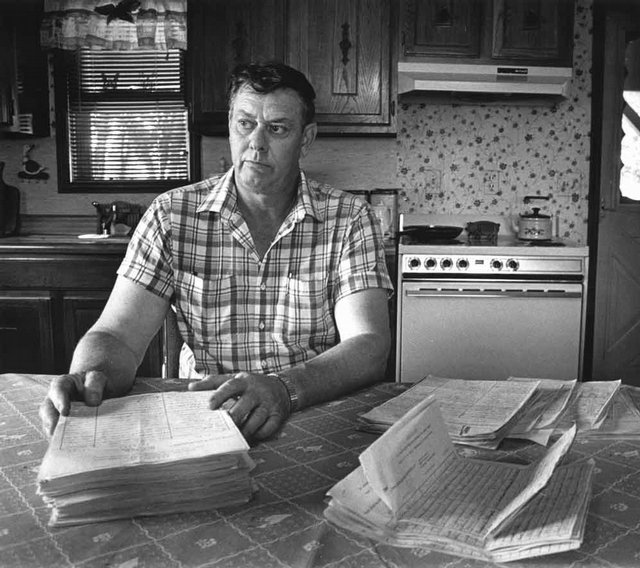 Randy's father, Harold Leach, circa 1989 soon after his son disappeared and he began his own investigation after becoming disillusioned with police efforts.

Randy Leach was a "happy-go-lucky, all-American, clean cut, normal boy," says his mom choking back tears. Talking to a Lawrence Journal-World reporter in 1989, a year after her 17-year-old son disappeared without a trace, Alberta Leach can't believe not a single clue had been found yet. Nobody seems to know a thing about what happened in Linwood - a town 13 miles northeast of Lawrence, pop. 377.