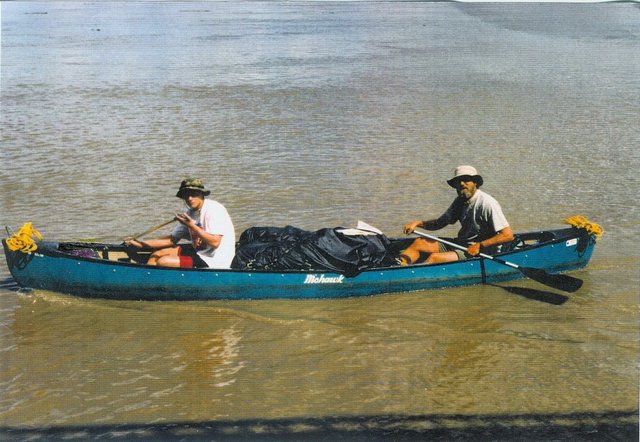 Steven Faulker, right, and his son, Justin, on their 1996 1,000-mile canoe trip. Faulkner wrote a book about the journey, and there is now a film adaptation, called "WaterWalk." 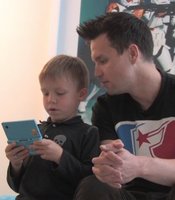