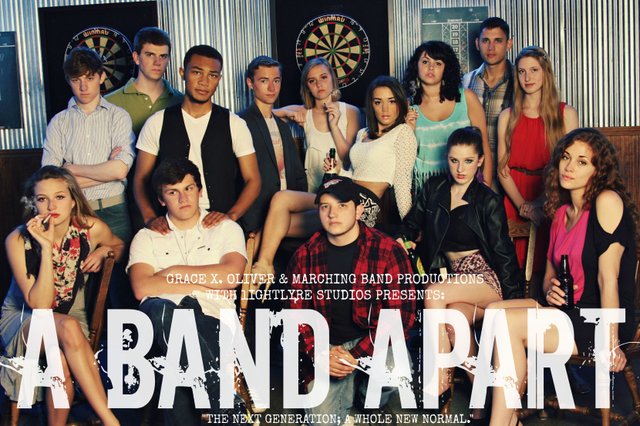 A poster for the Miniseries “A Band Apart” shows the ensemble cast. The miniseries was written, cast, directed and edited by recent Free State High School graduate Grace Oliver and was made with a no budget and a crew of volunteers. “A band Apart” is a mature drama set in the year 2016 following the lives of 15 teenagers.