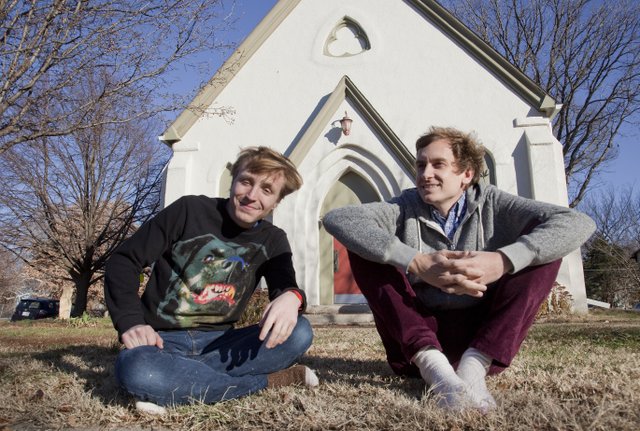 Kansas University theater and film graduates Matt Hislope of Austin, left, and Josh Meyer of Los Angeles organized a pop-up artist colony in a renovated church at 10th and New York streets. They call the year-long project, which has attracted artists from across the country, the Pilot Balloon Church-House.

Just another day at Pilot Balloon Church-House? There’s probably no such thing. The historic-church-turned-house at 10th and New York streets in East Lawrence is spending the year as a pop-up artist colony, where creatives from across the country stay a week or three and, basically, create whatever they want while here. By Sara Shepherd