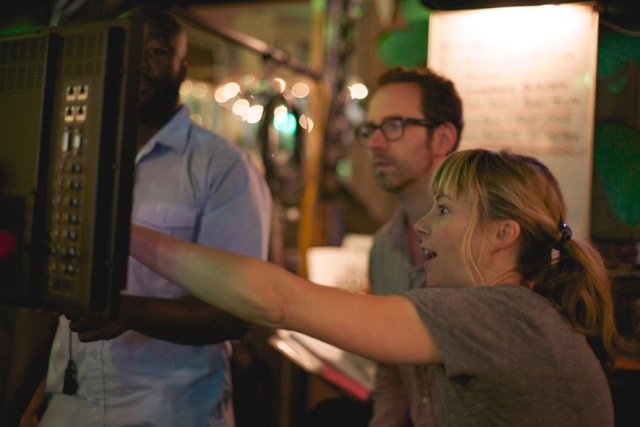 Kasi Brown, a Lawrence High School and Kansas University graduate, is making her first film, “Gone Doggy Gone,” along with co-director Brandon Walter, center. Also pictured is first assistant director Charles Bennett. “Gone Doggy Gone” is a comedy about a kidnapped dog and its owners, a couple who treat it like a baby.

For Kasi Brown, a Kansas University theater and film graduate, on-set experience managing chaos in Los Angeles as an EMT has uniquely prepared her for her biggest challenge: Making a feature film.