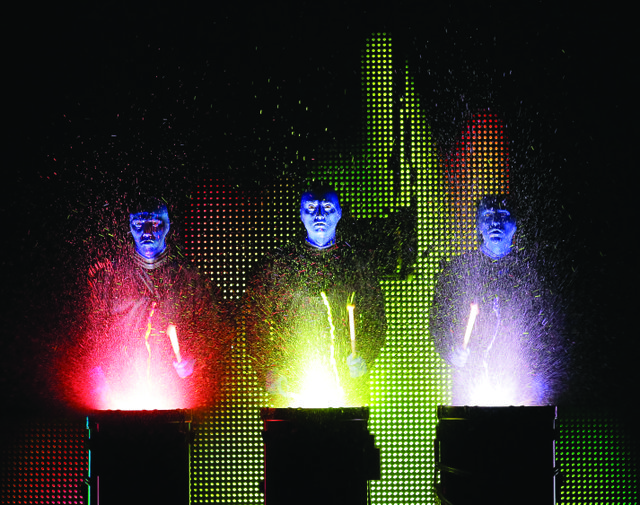 The Blue Man Group will perform their brand of experimental music, comedy and art at the Lied Center, 1600 Stewart Drive, at 7:30 p.m. Monday and Tuesday.

Russell Rink has been preparing to be a Blue Man his whole life. This 10-year Blue Man veteran was expansive on his experience as the bald, child-like man covered in blue make-up (which takes 45 minutes to put on, by the way). Perhaps because the character Rink plays doesn’t talk at all during the show, or even at the meet-and-greet, after the show ends. By Nadia Imafidon