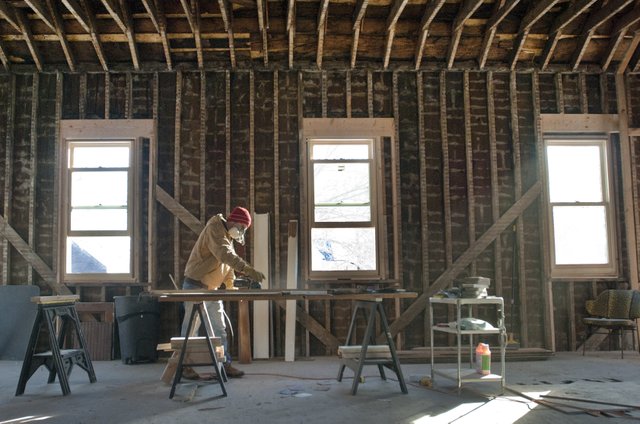 Tom Harper, Lawrence, sands wood planks inside a former church at 1146 Connecticut St. Harper purchased the building and is renovating it into a single-family residence. The wood-frame building was first constructed in 1873 (possibly earlier) as the Free Methodist Episcopal Church, and Harper believes the church was lifted to enable the basement to be added in a later decade. 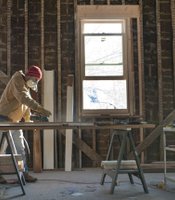