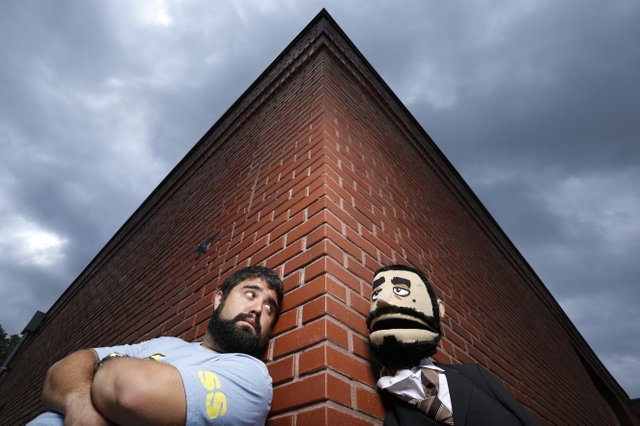 Puppeteer and creator of The Felt Show, Paul Santos is pictured with his puppet self, Paul, on Wednesday, June 4, 2014. The puppet show for grown-ups, which is often performed at bars is in its eighth year of production.

Director Paul Santos speaks on the journey from disorganized solo act to a forthcoming college tour for Lawrence-based puppet show The Felt Zone. Santos, Cody Kiser and Jon Miller will be performing at The Bottleneck, 737 New Hampshire St., on June 10. Starting at 8:30, band Electric Needle Room will open the show, as well as contribute as a backing band