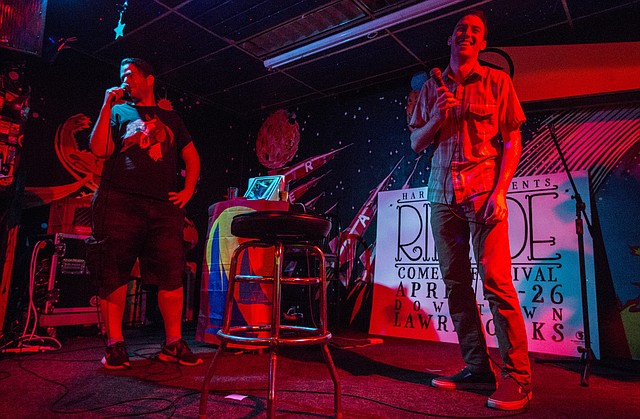 Local comedians Rob Schulte, left, and Michael Pope run through a skit April 16 at the Reply Lounge, 946 Massachusetts St. Schulte, a member of Harpoon Presents and host of the weekly "Good Time" showcase, will present a special "Good Time" to kick off this weekend's Harpoon Presents' Riptide Comedy Festival Thursday at the Replay Lounge.

Harpoon Presents’ second annual Riptide Comedy Festival kicks off this week at various locations across downtown Lawrence, bringing with it more than 25 comedians from New York to Los Angeles.