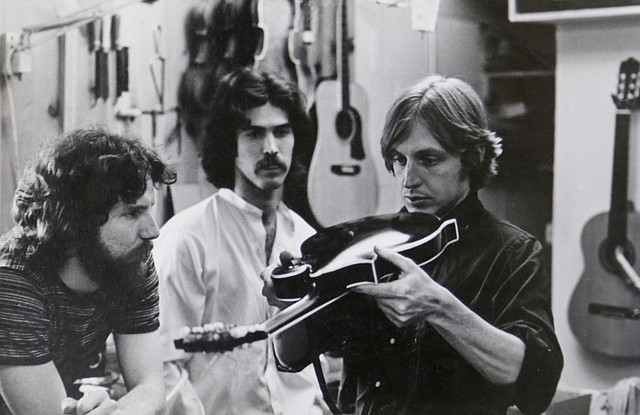 From left then-Michigan Street Music co-owner Greg Smith, mandolin builder Jim Triggs and MSM co-owner Jim Baggett, look over a mandolin made by Triggs in this photo from around 1979. Baggett is now owner of Mass Street Music and Triggs owns and operates Triggs Mandolins & Guitars with his son Ryan.