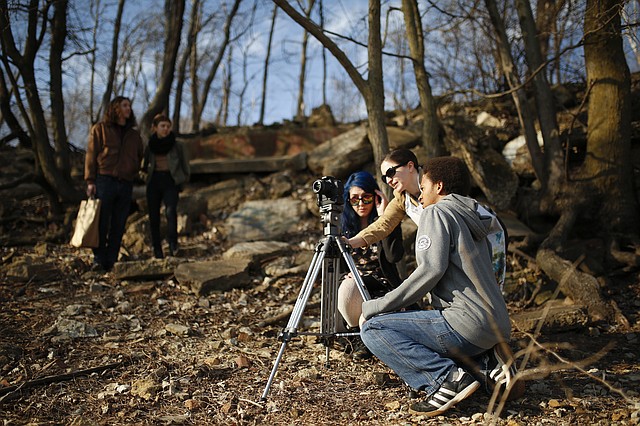 Marlo Angell, Lawrence Arts Center digital media director, helps Van Go student directors Darius Vann and Annastasia Payne, back right, compose a shot as they shoot portions of a short film on March 12, 2015, along the south bank of the Kansas River. Their film was among those made by Van Go and Boys and Girls Club students shown at the Outreach Film Showcase event last summer at the Lawrence Arts Center as part of the Free State Festival. 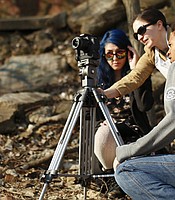 Seven short films created during a filmmaking outreach program for local youths at Van Go and the Boys and Girls Club will be screened at the Free State Festival’s Outreach Film Showcase.