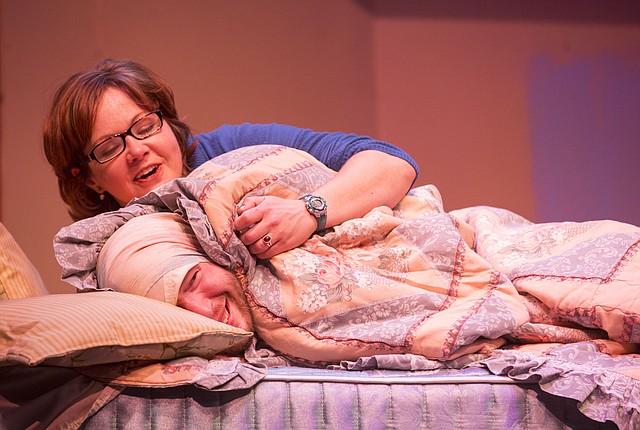 Stephen, played by Christoph Cording, hides under sheets and blankets as Carol, played by Hailey Gillespie, mistakes him for her boyfriend during a dress rehearsal for Theatre Lawrence's upcoming production of "Girls' Weekend" on Thursday, Jan. 14, 2016. The show opens on Jan. 22 with a curtain time of 7:30 p.m. at Theatre Lawrence, 4660 Bauer Farm Dr.