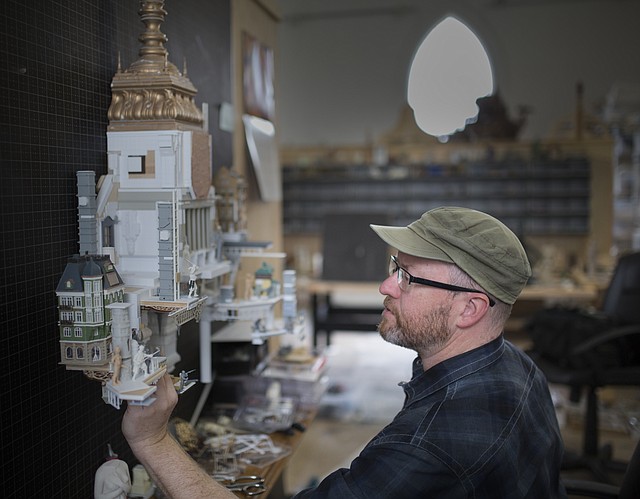 Lawrence artist Kris Kuksi works on a piece within his North Lawrence studio on Tuesday, Oct. 31, 2017. Kuksi's work since 2010 is now presented in his second book, "Conquest." 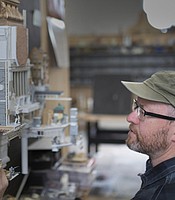